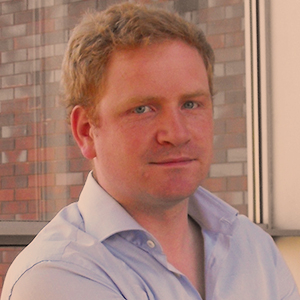 My doctoral research was performed at the Center for Human Genetics (KULeuven) under the guidance of Prof. K Devriendt. It aimed to improve the etiological diagnosis of children born with heart defects. We hypothesised that cryptic chromosomal aberrations underlay some of these defects. To test this, we developed array comparative genome hybridisation, at that time in its infancy. Using this, we identified small chromosomal imbalances in ~20% of patients with a previously idiopathic heart defect, thus substantially increasing the diagnostic pick-up rate. Our studies also identified a new genetic syndrome (16p13.3 duplication syndrome) and a new gene (TAB2) responsible for cardiac defects.

Next, I moved to Cambridge (UK), where I worked at the Babraham Institute with Profs. HL Roderick and W Reik FRS. I here studied the epigenetic causes of cardiac hypertrophy, aiming to understand how pathologically hypertrophied hearts re-express their fetal gene programme. I discovered that certain histone methyltransferases normally repress expression of the fetal gene programme in the adult cardiomyocyte, but that these enzymes are downregulated by a micro-RNA upon pressure overload of the heart.

I went on to work at the VIB Center for Cancer Biology with Prof. D Lambrechts. I study how hypoxia causes DNA methylation changes in tumors, and how changes impact the hypoxia response. In cancer, tumor suppressor genes are frequently epigenetically inactivated by DNA hypermethylation. How this hypermethylation arises was however unknown. We showed that hypoxia (pervasive in tumors) impedes demethylation and causes DNA hypermethylation. We confirmed these observations in cell cultures, animal models and patient tumors. Hypermethylation in tumors could also be blocked by blood vessel normalization, suggesting therapeutic potential.

I currently head the Laboratory for Functional Epigenetics, where we aim to study the role of the epigenome on cellular heterogeneity in development and disease.