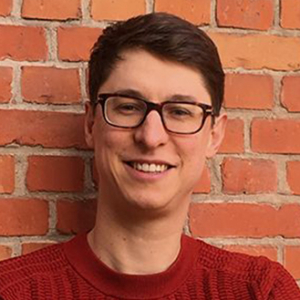 Francis Impens is a biomedical researcher with a focus on functional proteome analysis by mass spectrometry. He obtained his master degree in Biomedical Sciences at Ghent University in 2005 and a PhD in Biomedical Sciences in 2010 in the VIB lab of Prof. Kris Gevaert, well known in the proteomics field for the development of the COFRADIC technology.

After his PhD he moved to the Pasteur Institute (Paris, France) for a 4-year postdoc under the supervision of Prof. Pascale Cossart. In this lab he further applied his proteomics expertise to study bacterial infection by the foodborne model pathogen Listeria monocytogenes. He has been involved in the development of novel proteomics approaches to identify and quantify protein post-translational modifications in infected host cells, in particular ubiquitin-like modifications, and he generated the first genome-wide map of translation initiation sites in Listeria.

In October 2015, he moved back to Belgium and was appointed Expert Technologist at VIB. In his present position Dr. Impens is managing the VIB Proteomics Core. Analyses routinely performed in the Proteomics Core include differential shotgun experiments, affinity purification-MS experiments and mapping of common protein post-translational modifications such as ubiquitination, phosphorylation and acetylation. Next to managing the Proteomics Core, in October 2016 Dr. Impens has started his own research group at the VIB-UGent Center for Medical Biotechnology. Supported by an Odysseus grant, his research aims to better understand the fundamental principles of bacteria-host interactions on the protein and post‐translational level. In October 2018, Dr. Impens was appointed Assistant Professor at the UGent Department of Biomolecular Medicine.