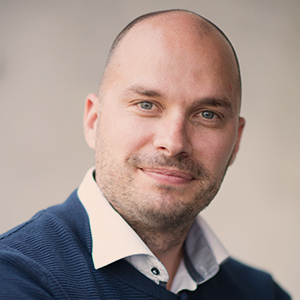 Stefaan Derveaux obtained his master degree of Bioscience Engineering in Cell- and Gene Biotechnology in 2003 and a PhD in Pharmaceutical Sciences in 2008, at Ghent University. He executed his PhD in close collaboration with Memobead Technologies, a spin-off company of Ghent University and Tibotec-Virco, which triggered his interest in Technology Development and Technology Transfer. After his PhD Stefaan moved to the Center for Medical Genetics at Ghent University Hospital, where he integrated high-throughput quantitative PCR technologies in the research group of Prof. Jo Vandesompele, a worldwide recognized expert in this field. At the same time he joined Biogazelle in its early days, a Belgian company with focus on qPCR data-analysis software and service, for which he executed several service projects.

As an independent sales representative he joined in 2011 WaferGen BioSystems (acquired by Takara), a biotech company offering genomic tools for qPCR, NGS, and single cell analysis, and mid 2012 he was appointed managing director of the European subsidiary headquartered in Luxembourg, and became responsible for all operations in EMEA. Since September 2015, Stefaan is heading the Nucleomics Core at the VIB, the Flemish Institute of Biotechnology, Belgium. He was responsible for the introduction of long-read sequencing technology at the core with the integration of the PacBio Sequel platform early 2017 and the Oxford Nanopore GridION platform more recently in 2019. Under his supervision, Nucleomics also invested in 2017 in high-throughput Illumina sequencing technologies, making large scale (single-cell) sequencing more affordable and efficiently. As such, the Nucleomics Core is now fully equipped with MiSeq, NextSeq500, HiSeq4000, NovaSeq6000 and competitive as a state-of-the-art sequencing facility.