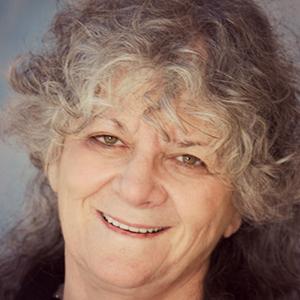 Ada Yonath, the pioneer of ribosome crystallography, has spent most of her scientific career attempting to unravel the structural basis to the function of the ribosome, the multi-components universal complex that functions as the cell’s “factory” for translating the genetic instructions into proteins. She initiated these studies in 1980, long before most others supposed their feasibility. She introduced advance techniques, all of which became routine almost instantaneously and are now in broad use. Then, in 2000 her long research effort culminated in the determination of the spatial structure of the two ribosomal subunits and showed how several clinically relevant antibiotics bind to bacterial ribosomes and paralyze them. She also revealed mechanisms used by disease-causing bacteria to acquiring resistance, thus paving the way for improving existing drugs and for structure based drug design.

Yonath was born to a poor family in Jerusalem, Israel, Ada Yonath lost her father by the age of 11. Nevertheless, she completed her high school education, and earned B.Sc & M.Sc degrees at the Hebrew University in Jerusalem and a Ph.D. degree at the Weizmann Institute of Science (WIS). After a short postdoctoral period at Carnegie Mellon and MIT in USA, in the seventies she established the first laboratory for protein crystallography in Israel, which was the only laboratory of this kind in the entire country for almost a decade. Currently Prof. Yonath is the WIS Kimmel Professor of structural biology and the Director of the Kimmelman Center for Biomolecular Structure and Assembly. In parallel, during 1986-2004 she headed the Max-Planck-Research-Unit in Hamburg, Germany.