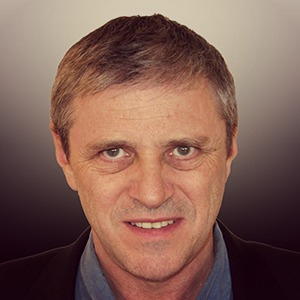 Akos Vertes is a Professor of Chemistry and a Professor of Biochemistry and Molecular Biology at the George Washington University in Washington, DC, USA. His research interests span from fundamental studies in physical chemistry to the development of new analytical technologies applicable in diverse areas of chemistry, biology and medicine. Research areas include biomedical analysis, proteomics and metabolomics. His laboratory develops new methods for metabolic imaging of biological tissues under native conditions, and the in situ interrogation of single cells and subcellular compartments. Recent accomplishments include the discovery of a new ambient ion source called laser ablation electrospray ionization (LAESI) that received several awards, including a “Top 10 Innovations of 2011” award from The Scientist, and a “2012 R&D 100 Award” from the R&D Magazine. His research has been presented in over 150 peer-reviewed publications, and in two books. More than 10 of his papers are featured on the covers of high impact journals. He is a co-inventor of 14 patents and several pending patent applications. He was elected Fellow of the National Academy of Inventors, and received the 2012 Hillebrand Prize and the Oscar and Shoshana Trachtenberg Prize for Scholarship. He is a Doctor of the Hungarian Academy of Sciences. He served as Visiting Faculty at the Lawrence Berkeley National Laboratory and as a Visiting Professor at the Swiss Federal Institute of Technology Zurich (ETH Zurich) in Switzerland. He is an Academic Editor for the journal PLoS ONE.