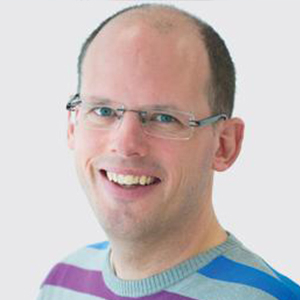 Since mid of 2014, Alexander is heading the central Bioinformatics Core at VIB, the Flemish Institute of Biotechnology, Belgium. The main mission of the facility is providing bioinformatics training, scientific software development, and the integration of bioinformatics datasets for the VIB scientist. From September 2009 to July 2014, he was responsible for the roll-out of E-Notebook (electronic lab notebook) to VIB’s researchers within 75 research groups. Before joining VIB, Alexander worked on various computational biology projects for Algonomics (bought by Lonza, 2008/2009) and DevGen (now Syngenta, from 2006-2008). During Alexander’s PostDoc at Sanofi Aventis in Strasbourg, he executed various virtual screening campaigns on the compound collection of the merged enterprise. He received his doctoral degree with the group of Prof. Dr. Armin Buschauer on ‘Structure-based design of hyaluronidase inhibitors’.