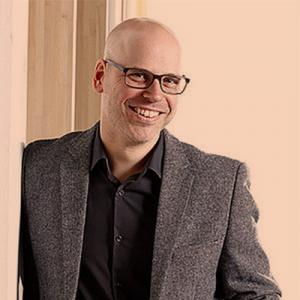 Andreas Vonderheit is the Director of Core Facilities and Technology at the Institute of Molecular Biology (IMB) in Mainz. IMB is a modern research center of excellence in life sciences in the heart of Europe. IMB is supported by the Boehringer Ingelheim Foundation and will host 17 research groups by the end of 2020. Investigative key aspects are in the fields of epigenetics, DNA repair, developmental biology and the interfaces between them. Andreas Vonderheit studied Biology in Mainz, Heidelberg, and Stony Brook, NY, USA. During his PhD thesis at the ETH in Zurich, he combined well-known biochemical approaches with many different microscopes and microscopic techniques to answer the different research-related questions of his thesis. He soon came to recognize the inherent power and impact of different techniques made available to researchers and thus decided to move his focus towards core facilities. While he worked with a nanotechnology group at the ETH, he gained invaluable knowledge of the physics behind microscopy and got to appreciate the benefits of working with a heterogeneous group of researchers from fields such as material sciences, electronics, mathematics and mechanics. In 2008, he joined the Light Microscopy Centre at the ETH, but took the opportunity in 2011 to return to his hometown where he became part of the newly founded IMB as Head of Microscopy. In 2013, he became the Director of Core Facilities and now manages more than 30 staff in his facilities: Bioinformatics, Flow Cytometry, Genomics, Histology, Microscopy, Media Lab, Protein Production, and Proteomics.