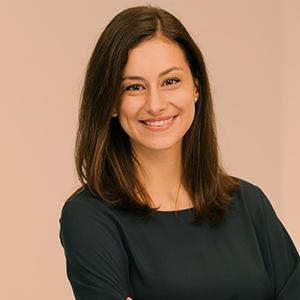 Anna C Obenauf studied molecular biology at the Karl-Franzens-University in Graz and obtained her PhD with distinction in 2010 from the Department of Human Genetics at the Medical University of Graz. For her dissertation, she received the Award of Excellence, the state prize for the best dissertations. She then worked from 2010 to 2015 as a postdoctoral research associate with Joan Massagué at the Memorial Sloan Kettering Cancer Center (MSKCC) in New York, USA - the first three years of which were funded by the FWF's Erwin Schrödinger Programme. For her work "Therapy induced tumour secretomes promote resistance and tumour progression" published in Nature, she was awarded the ASCINA Prize of the Federal Ministry of Education, Science and Research in 2015.

In 2016 Anna established her lab at the Research Institute of Molecular Pathology (IMP) in Vienna. Her laboratory focuses on understanding the molecular programs that drive the progression and immune evasion of metastatic cancer, to develop rational therapeutic strategies that result in durable responses. The lab also actively explores resistance mechanisms to targeted and immunotherapies, which pose a significant challenge. Work in her lab is funded by the WWTF and in 2018, she received an ERC Starting Grant for her research project "Rational combination therapies for metastatic cancer/CombaTCancer". In 2019, she was elected as a member of the Young Academy of the Austrian Academy of Sciences.