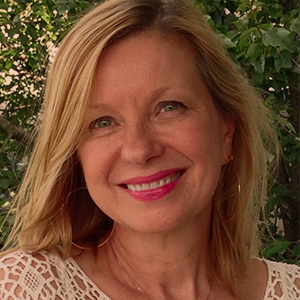 Anne Andrews is Professor of Psychiatry & Biobehavioral Sciences and Chemistry & Biochemistry at the University of California, Los Angeles. At UCLA, Andrews leads efforts in basic and translational research on anxiety and depression, and at the nexus of nanoscience and neuroscience. Andrews interdisciplinary research team focuses on understanding how the serotonin system and particularly, the serotonin transporter, modulate neurotransmission to influence complex behaviors including anxiety, mood, stress responsiveness, and learning and memory. Dr. Andrews was a guest of the White House during President Obamas announcement of the BRAIN initiative, which she helped to shape.

Dr. Andrews earned her B.S. in chemistry from the Pennsylvania State University and received her Ph.D. in chemistry as a U.S. Department of Education Fellow working at the National Institute of Mental Health. There, she was later a postdoctoral fellow and senior staff fellow. Andrews has been the recipient of an NIH Fellows Award for Research Excellence, an Eli Lily Outstanding Young Analytical Chemist Award, an American Parkinsons Disease Association Research Award, and a Brain and Behavior Research Foundation Independent Investigator Award. She is a member of the American College of Neuropsychopharmacology, International Society for Serotonin Research vice president, an advisory board member for the International Society for Monitoring Molecules in Neuroscience, and serves as Associate Editor for ACS Chemical Neuroscience.