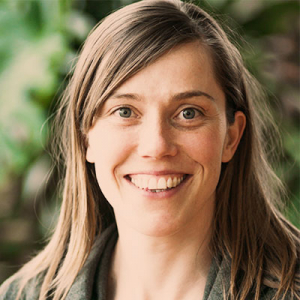 Barbara Treutlein is a single-molecule biophysicist and single-cell genomics expert using quantitative methods to study human developmental biology. She originally studied chemistry at the Universities of Tübingen and Mainz, Germany and at UC Berkeley, CA in 2001-2007. From 2007-2012, she performed her doctoral research at LMU Munich, Germany using single-molecule fluorescence techniques and probabilistic data analysis to study molecular mechanisms of eukaryotic transcription and ATP-dependent chromatin remodelling. During her postdoctoral research from 2012-2014 in the lab of Stephen Quake at Stanford University, she pioneered the use of microfluidic-based single cell transcriptomics to dissect the cellular composition of complex tissues such as lung and brain, as well as to elucidate differentiation pathways during organ development and neuronal reprogramming. Since 2015, she is leading an independent research group at the Max Planck Institute for Evolutionary Anthropology in Leipzig, Germany jointly with a tenure-track assistant professorship position at Technical University Munich. Her group uses and develops single-cell genomics approaches in combination with stem cell based 2- and 3-dimensional culture systems to study human organogenesis in health and disease. She has shown that cell composition, lineage relationships and gene networks controlling human cerebral and liver organoid development in vitro are remarkably similar to those in developing tissues in vivo. Her creative work has demonstrated the power of single-cell transcriptomics to understand how cells differentiate, how tissues form, and how to engineer cell fates in controlled culture environments. From 2019, she will be an Associate Professor at the Department for Biosystems Science and Engineering of the ETH Zürich, Switzerland.