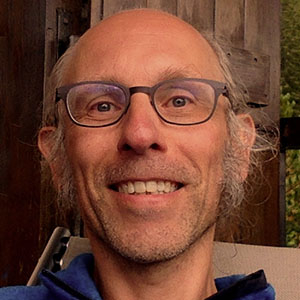 Bas van Steensel obtained his PhD at the University of Amsterdam, where he studied steroid receptor biology and nuclear architecture. After postdoctoral fellowships in the labs of Titia de Lange (the Rockefeller University) and Steven Henikoff (Fred Hutchinson Cancer Research Center) he established his laboratory at the Netherlands Cancer Institute in Amsterdam, where he is now Head of the Division of Gene Regulation. He is Adjunct Professor at the Department of Cell Biology at Erasmus University Medical Centre in Rotterdam, full member of the Oncode Institute and EMBO Member.

BvS' research focuses on the general principles of genome architecture and chromatin organization, with emphasis on functions such as gene regulation and DNA repair. His lab develops new genomics methods, mostly based on next generation sequencing. Among these are DamID and related technologies, which are used to map and visualize chromatin compartmentalization inside the nucleus. His lab also developed TRIP, a method to measure the impact of chromatin on gene function at thousands of genomic locations in parallel; SuRE, a method for functional mapping of regulatory elements in the entire human genome; and TIDE(R) for measuring the efficiency of genome editing tools such as CRISPR/Cas9.