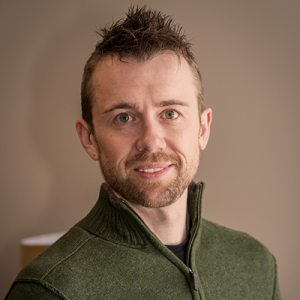 Bryan Dickinson earned his B.S. in Biochemistry from the University of Maryland, College Park and his Ph.D. in Chemistry from the University of California at Berkeley for work performed with Professor Christopher Chang. His graduate work focused on the synthesis and application of small molecule fluorescent probes for the detection of hydrogen peroxide in living systems. Then, as a Jane Coffin Childs Memorial postdoctoral fellow with Professor David Liu at Harvard University, he developed new methods to rapidly evolve proteins to perform novel functions. Bryan joined the faculty at the University of Chicago in the Department of Chemistry in the Summer of 2014 and is a member of the University of Chicago Comprehensive Cancer Center. He was promoted to Associate Professor in 2019.

The Dickinson Group employs synthetic organic chemistry, molecular evolution, and protein design to develop molecular technologies to study chemistry in living systems. The group's current primary research interests include: 1) how lipid modifications on proteins are controlled and regulate cell signaling, 2) developing new evolution technologies to reprogram and control biomolecular interactions, and 3) engineering protein-based systems to understand and exploit epitranscriptomic regulation. The motivating principle of the Dickinson Group is that our ability as chemists to create functional molecules through both rational and evolutionary approaches will lead to new breakthroughs in biology and biotechnology.