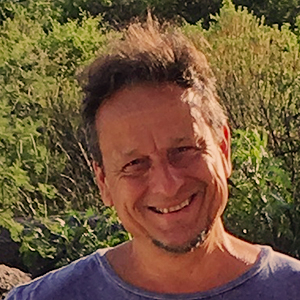 Born in Buenos Aires, Argentina. He graduated as Ingeniero Agrónomo and MSc (University of Buenos Aires -UBA, 1984, 1989) and PhD (Oregon State University, 1992). He is currently a Senior Researcher (CONICET) and full professor (UBA and National University of San Martín -UNSAM) and was a visiting scientist at Utah State University and the Max Planck Institute for Chemical Ecology. Author of more than 120 scientific papers, including articles in Science, Cell and PNAS, and invited speaker in more than 100 seminars and conferences in the Americas, Europe and Asia.