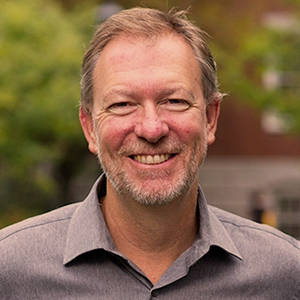 Chris Bowler is Director of Research at CNRS and head of the Laboratory of Plant and Algal Genomics at the Institut de Biologie de l’Ecole Normale Supérieure in Paris. He graduated from the University of Warwick, UK, with a degree in Microbiology and Microbial Technology, completed his PhD at the University of Ghent in Belgium with a thesis entitled Superoxide Dismutases and Stress Tolerance in Plants, and followed with postdoctoral studies with Nam-Hai Chua at The Rockefeller University in New York working on phytochrome signal transduction in plants. In 1994 he established his own research group working on signaling in higher plants and marine diatoms at the Stazione Zoologica in Naples Italy and in 2002 he took up his current position in Paris. He is EMBO member since 1995, recipient of the CNRS Silver Medal in 2010, an ERC Advanced Award in 2012, the Louis D Foundation ‘grand prix scientifique’ from the Institut de France in 2015, and was elected into the Academie d’Agriculture de France in 2018.

His major research interest is in understanding the response of plants and marine diatoms to environmental signals. In marine diatoms he established molecular tools to assess gene function and he has played a major role in coordinating the whole genome sequencing of several species. Using functional genomics he has revealed the cellular response of diatoms to nutrients such as iron and nitrogen, to different wavelengths of light, and to allelopathic infochemicals. He is scientific coordinator of the Tara Oceans project, performing a worldwide analysis of plankton community diversity and function in the global ocean using high-throughput DNA sequencing and cellular imaging approaches. He was a Fellow of the Radcliffe Institute for Advanced Studies at Harvard University during the 2016-2017 academic year.