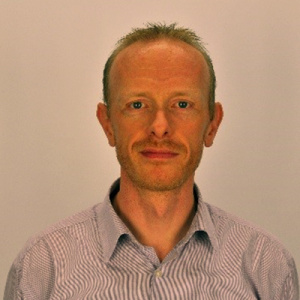 Christophe Lahorte, PhD. is a pharmacist by training and has performed academic research for 6 years at the University of Ghent related to the chemical-pharmaceutical, non-clinical and clinical development of new radiopharmaceuticals for diagnostic and therapeutic use.

Since September 2004 he has been actively involved within the R&D department of the Belgian agency for medicines and health products (FAMHP) in the quality assessment of clinical trial applications (CTA’s) and paediatric investigation plans (PIP’s). Since end 2007 he was member of the Paediatric Committee formulation working group (PDCO FWG) of the European Medicines Agency (EMA) for 3.5 years.

As a quality assessor he was also involved in the assessment of national and European scientific advice requests and assisted in several GMP inspections related to radiopharmaceuticals. Since april 2009 has been the head of the FAMHP’s Sientific-Technical/Regulatory Advice & Knowledge Management Unit. As of May 2017 he is also the head of the national Innovation Office at the FAMHP. The Innovation Office is especially focussed on the acceleration and facilitation of innovative medicines and health care products developed by eg. academic research laboratories (universities, research organisations, start-ups) and SME’s as well as large companies. As the head of the Innovation Office, he is the FAMHP´s representative at the EU-Innovation Offices Network (EU-IN) and at the “Medicines and device borderline and combination products co-ordination working group” coordinated by the Heads of Medicines Agencies (HMA) and the EMA. He is currently also a member of the MDCG’s Borderline & Classification Working Group and the New Emerging Technologies (NET) Working Group.

He has gained considerable experience in the field of scientific and technical/regulatory advice, including aspects specifically related to early phase drug development. He has also participated in national and European research projects and educational projects and collaborated with several International Institutions such as the European Institute for Transuranium Elements (ITU, Karlsruhe, Germany) and the International Atomic Energy Agency (IAEA, Vienna, Austria).