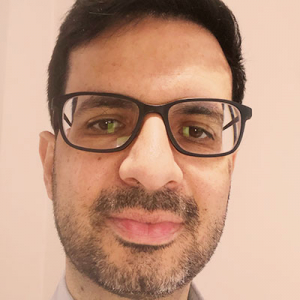 Christos Proukakis is a clinical academic neurologist, originally from Greece, based in London as an Associate Professor in the University College London Queen Square Institute of Neurology. Neurogenetics has been his focus since his PhD in hereditary spastic paraplegia. After this, he completed his neurology higher training in London. Since joining UCL in 2009, he has worked on the genetics and cell biology of Parkinson's disease. He has combined this with an active clinical post split between Parkinson’s disease / neurogenetics, and general neurology. They proposed that somatic mutations may have a role in synucleinopathies. They have recently published the first evidence of somatic copy number variants (gains) in the crucial alpha-synuclein gene in substantia nigra, commoner in Parkinson's disease than controls, and are continuing to investigate this in Parkinson’s and multiple system atrophy. This comes at a very exciting time, with numerous lines of evidence showing mosaicism in the brain genome, in health and a wide range of developmental and degenerative diseases. The recent technological advances which allow sequencing of single cells will revolutionise our ability to study not just how the genome we inherit shapes the brain, but also how the unique genomes of individual brain cells may lead to, or be altered by, disease.