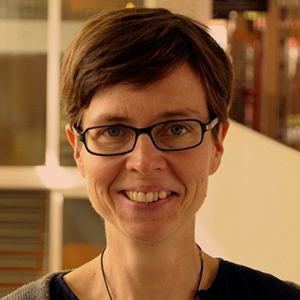 Claudia Köhler received her PhD in 1999 from the University of Freiburg, Germany, followed by a postdoctoral training at the University of Zurich, Switzerland. In 2005 she was appointed as assistant professor at the ETH Zurich and accepted an offer as full professor from the Swedish Agricultural University in Uppsala, Sweden in 2010. Her research interest is at the interface of developmental and evolutionary biology with the main focus to identify genetic and epigenetic mechanisms governing seed development and their impact on plant speciation. Her research revealed that epigenetic mechanisms in the endosperm have a major role in establishing postzygotic hybridization barriers between plants of different ploidy as well as between related plant species. This barrier is built by deregulated expression of imprinted genes that are expressed dependent on their parent-of-origin. Imprinted genes receive their “imprint” during gametogenesis in form of epigenetic modifications, which are maintained during endosperm development. One of her interests is to identify those modifications and to understand the mode of their establishment. Furthermore, she aims at understanding the mechanism by which imprinted genes build hybridization barriers and to discover possibilities to bypass those barriers.