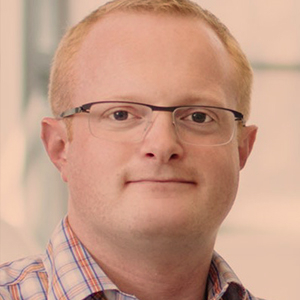 Dr. Dan Jarosz is an Assistant Professor of Chemical and Systems Biology and of Developmental Biology at Stanford University. He is also a fellow of ChEM-H and a member of the Stanford Cancer Institute, Stanford Neurosciences Institute, and Bio-X. Dr. Jarosz received his B.S. in Chemistry from the University of Washington, where he also minored in Physics as part of the Early Entrance Program. He then moved to MIT to obtain a PhD in Biochemistry, where his thesis work established the function of a low-fidelity DNA polymerase with roles in cancer and infectious disease, and identified means through which its activity is regulated in normal biology and disease states.

Following his graduation in 2007, Dr. Jarosz pursued postdoctoral training in genetics and cell biology as a Damon Runyon Cancer Research Foundation Fellow at the Whitehead Institute for Biomedical Research. Here his work centered on the molecular chaperone Hsp90 – the so called ‘cancer chaperone’ – and its relationship to the capacity of genetic variation to produce new phenotypes. He also pioneered high throughput screening methods to investigate the physiological consequences of prion-like protein aggregation.

In 2013, Dr. Jarosz joined the Stanford faculty where the long-term goal of his research program is to understand how some biological systems can remain unaltered for long periods, whereas others that are genetically identical undergo rapid diversification. This paradox lies at the heart of how neurons can be killed by improper expression of a single aggregation-prone protein, how cancer cells can tolerate extraordinary mutation burden, and how disease-associated mutations have devastating consequences in some individuals, but no effect in others. Dr. Jarosz’s work employs multidisciplinary approaches ranging from chemical biology to systems-level quantitative genetics and uses models as diverse as baker’s yeast and the African turquoise killifish. He has been named an NIH New Innovator and has received a CAREER Award from the National Science Foundation as well as fellowships from the Searle, Glenn, Packard, Kimmel, and Vallee Foundations.

In addition to his research activities Dr. Jarosz directs Foundations in Experimental Biology, the flagship course for incoming biosciences PhD students in the School of Medicine. He also serves on the Executive Committee of the School of Medicine Faculty Senate. Outside of Stanford, Dr. Jarosz enjoys hiking, skiing, and just about any way of spending time with his wife, Mirna, and their three young children, Mark, Justin, and Phoebe.