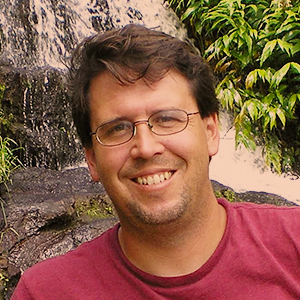 Daniel Kliebenstein studied Genetics and Chemistry as an undergraduate at Iowa State University (BSc 1993) and Genetics as a graduate student at Cornell University (PhD 1999) where he worked on the superoxide dismutase gene family and collaborated to clone the UVR8 photoreceptor. He then went to Jena, Germany to the Max Planck Institute for Chemical Ecology to learn quantitative genomics, ecology, evolution, and secondary metabolism. During this time, he developed the tools and theories allowing the use of expression QTLs to clone genes controlling metabolic variation. In 2001, he started his own research group at the University of California, Davis where he is currently a full professor. His research group has refined the ability to rapidly clone causal genes in both QTL and GWAS settings and extended this to prove the alleles role in responding to fluctuating selection in the field. More recently, the group’s research has begun to focus on the quantitative interaction of two different species genomes and mapping the entire transcriptional control of primary and secondary metabolism. Broadly, the labs research interests focus on the interplay of plant metabolism and biotic interactions. This is a focused model system of his larger interest to understand how an organism’s entire genome functions in an unfathomably complex environment.