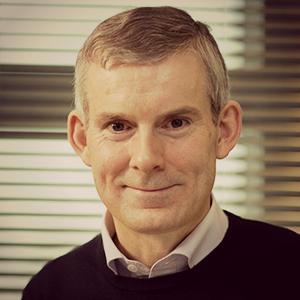 David Barford studied for his D.Phil in Louise Johnson’s group at the Laboratory of Molecular Biophysics in Oxford investigating the structural consequences of protein phosphorylation on the allosteric enzyme glycogen phosphorylase. In 1990 he moved to the MRC Protein Phosphorylation Unit in Dundee with Philip Cohen and Tricia Cohen before moving to Cold Spring Harbor Laboratory in 1991 to establish an independent research program on protein phosphatases. In 1994 DB returned to the University of Oxford as a lecturer and fellow of Somerville College, and in 1999 was appointed as the co-head of the Division of Structural Biology at the Institute of Cancer Research in London. In 2013 David moved to the MRC Laboratory of Molecular Biology in Cambridge.