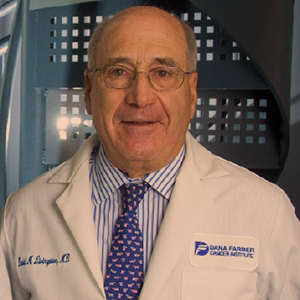 Dr. Livingston received his AB from Harvard and his MD (Magna Cum Laude) from Tufts University School of Medicine in 1965. He completed his clinical training in internal medicine at Peter Bent Brigham Hospital, followed by research fellowships at the National Cancer Institute and Harvard Medical School. In 1973, he joined the faculty of Harvard Medical School and DFCI as an Assistant Professor and rose to full Professor in 1982. Dr. Livingston is chief of the Charles A. Dana Division of Human Cancer Genetics at Dana-Farber, the deputy director of the Dana-Farber/Harvard Cancer Center, and the Emil Frei Distinguished Professor of Medicine and Genetics at Harvard Medical School. He has received numerous prizes and awards – such as the AACR-Pezcoller Award for excellence in Cancer Science research (2017) and The Theodore Boveri Award (2005) from the German Cancer Society. He is a member of the U.S. National Academy of Sciences, the National Academy of Medicine, and the American Academy of Arts and Sciences.