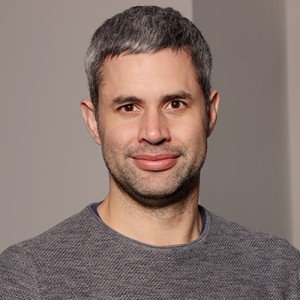 Dr. Edward Lemke studied Chemistry at the Technical University of Berlin and the University of Oklahoma with a focus on physical and biochemistry. He then joined as a Boehringer Ingelheim fellow the Department of Membranebiophysics at the Max Planck Institute for Biophysical Chemistry in Göttingen for his doctoral work. Supported by the Humboldt foundation he then moved on to the Scripps Research Institute in San Diego (CA) to do a joint postdoctoral work in Chemical Biology and Single Molecule techniques in the Department of Molecular Biology and the Department of Chemistry. In 2009 Edward Lemke is an independent Group leader and Emmy Noether Fellow at the EMBL in Heidelberg.

In 2018 he was appointed full Professor and adjunct Director at the JGU and IMB Mainz and became a Gutenberg Research Fellow. He received numerous awards, among those the ERC consolidator grant, the Chica and Heinz Schaller award for biomedical research and the FEBS anniversary award. His group utilizes a variety of tools to study the rational for the enrichment of flexible and disordered proteins in higher organisms. To achieve this, his team works at the interface of biology, chemistry and physics and develops and combines tools from synthetic biology and advanced fluorescence microscopy to tune tailor and study biological dynamics with a focus on mechanism that occur in the nucleus.