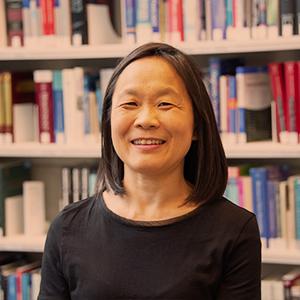 Elly Tanaka received her AB at Harvard, her PhD at UCSF and post-doctoral work at University College London. She became group leader at the Max Planck Institute of Molecular Cell Biology and Genetics Dresden then Professor at the TU Dresden where from 2014-2016 was the Director of the Center for Regenerative Therapies. Since 2016 she has been a Senior Scientist at the Institute for Molecular Pathology, Vienna.

Her work has focused on developing molecular genetics in the highly regenerative salamander, Ambystoma mexicanum, to understand the fundamental principles of limb and spinal cord regeneration. She has developed transgenic methods to identify the source cells for regeneration. She has used a variety of biochemical and genetic screening methods to identify molecular cues that initiate and control the regenerative process. More recently she has been applying these principles to reconstituting and inducing regenerating mammalian tissues.

She is an EMBO member, and has been awarded the Schering Prize, the Schroedinger Prize and the FEBS Women in Science Prize among others for her work.