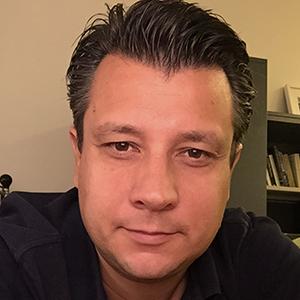 Emmanouil (Manolis) Dermitzakis is currently a Professor of Genetics in the Department of Genetic Medicine and Development of the University of Geneva Medical School. He is a member of the executive board of the Institute of Genetics and Genomics in Geneva (iGE3), a member of the Swiss Institute of Bioinformatics. He is also a member of the Executive Board of the Swiss Personalized Health Network. He obtained his B.Sc. in 1995 and M.Sc. in 1997 in Biology from the University of Crete (Greece) and his PhD in 2001 from the Pennsylvania State University in the USA, studying the evolutionary biology and population genetics of regulatory DNA in mammals and Drosophila. His post-doctoral work was at the University of Geneva Medical School, focusing on comparative genome analysis and the functional characterization of conserved non-genic elements. He, previously, was an Investigator and Senior Investigator at the Wellcome Trust Sanger Institute in Cambridge from 2004 to 2009. He was elected an EMBO member in 2014 and has also been named Highly Cited Researcher by ISI in 2014, 2015 and 2016. He served as the president of the Executive Board of the World Hellenic Biomedical Association (2014-2015) His current research focuses on the genetics and molecular causes of human disease. He has served as an analysis co-chair in the ENCODE consortium and member of the analysis group of the Mouse Genome Sequencing Consortium and the International HapMap project and the 1000 genomes project and a co-chair in the GTEx project. He has served in the Board of Reviewing Editors of Science, eLIFE and PLoS Genetics.