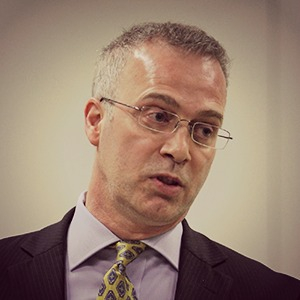 Dr. Craig has around 15 years of international, general management experience gained from GlaxoSmithKline, Amersham Biosciences (as a Vice-President of R&D) and several start-up firms. He was responsible for managing product development of Green Fluorescent Protein (first identified by the 2008 Nobel Prize Winners for Chemistry) and many other cell-based products and services for the Life Sciences industry. Frank was a (co)-Founder of Aurora Biosciences (San Diego, USA), which had a peak market cap of £1.8 billion and was acquired by Vertex Pharmaceuticals for £420 million. He was also a co-Founder and CEO of Smart Holograms (Cambridge, UK) - named as the UK's Fastest Growing Company. Frank has raised £20 million in Private Equity, £25 million via an IPO on NASDAQ and has delivered many commercial partnerships with global Life Sciences and Energy firms - resulting in recorded deal values of £180 million. He has been a Board Director of Smart Holograms and TekCel (Hopkinton, USA), and helped form Sphere Fluidics before becoming its CEO in May 2010. He has a PhD in Cell Biology and Microbiology from Glasgow University and an MBA from Warwick Business School.