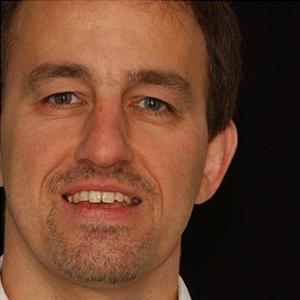 Gerard serves as a Senior Director and Head of Chemical Genomics at Cellzome, a GSK company, in Heidelberg, and was appointed a GSK Senior Fellow. He joined the EMBL spin-off company Cellzome in 2000, served as Vice President Discovery Research from 2006 and was a member of the senior management team which negotiated Cellzome's acquisition by GSK in 2012. From 1999-2000 he was a Visiting Scientist (HFSP fellow) in the lab of Nobel Laureate Sir Paul Nurse, Cancer Research UK. In 1998 he received the Boehringer/DGZ Research Award for the discovery of new targets in Alzheimer's disease. 1993-1999 he conducted his Habilitation and was awarded a lectureship in Biochemistry at the University of Hamburg, following postdoctoral research with E. Mandelkow at MPI Hamburg and a PhD in Chemistry from the University of Heidelberg.

Gerard is an inventor on 7 issued patents and more than 30 patent applications, including Cellzome’S core Kinobeads™ and Episphere™ technologies. He is an author of more than 70 scientific papers (h-index: 41) including senior authorships in Science, Cell, Nature Biotechnology & Nature Methods. He also serves as a reviewer/consultant for scientific journals, grant bodies (including the EU), and Life Science (VC) investors and is a member of the Board of Trustees of the BioRegion Rhein-Neckar.