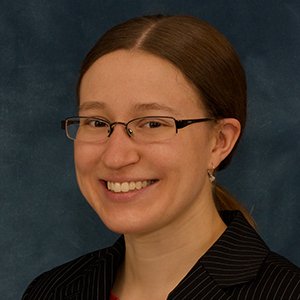 Dr. Heather Agnew is the Director of Research and Development at Indi Molecular, an emerging life sciences company that is developing protein catalyzed capture agents (PCCs) as a small molecule replacement for antibodies in in vivo imaging, therapeutics, in vitro diagnostics and biological tools. PCCs are developed by using the protein target as a catalytic scaffold to selectively couple acetylene- and azide-presenting peptides, which are selected during the screening of large chemically synthesized libraries. Dr. Agnew holds B.S. degrees in chemistry and biochemistry & molecular biology from Penn State and an M.Phil in chemistry from the University of Cambridge, where she attended as a Gates Cambridge Scholar. She earned a Ph.D. in chemistry from Caltech, where she studied in the laboratory of Professor Jim Heath. Dr. Agnew also holds an adjunct faculty appointment in the Department of Molecular and Medical Pharmacology at the David Geffen School of Medicine at UCLA.