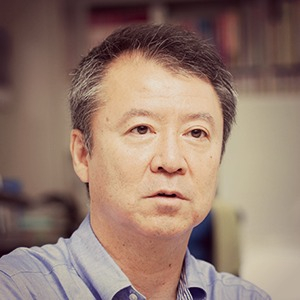 Ichiro Hirao graduated from Numazu National College of Technology in 1976, and received his BS (1978) degree from the Faculty of Engineering, Shizuoka University, and his M.S. (1980) and Ph.D. (1983) degrees in the development of new protecting groups for 3'-5' and 2'-5' RNA chemical synthesis from the Faculty of Science, Tokyo Institute of Technology. In 1984, he joined Dr. Kin-ichiro Miura’s laboratory in the Faculty of Engineering, The University of Tokyo, as a research associate, where he discovered extraordinarily thermostable DNA mini-hairpin structures. In 1992, he became an associate professor at Tokyo University of Pharmacy and Life Sciences. To expand his research areas from organic chemistry and structural biology to molecular biology and evolutional engineering, in 1995, he moved to Dr. Andrew D. Ellington’s laboratory in the Department of Chemistry, Indiana University. In 1997, to start the unnatural base pair studies, he returned to Japan and joined Dr. Shigeyuki Yokoyama’s project, ERATO, Japan Science and Technology Agency, as a group leader. In 2002, he continued his work as both a Professor at the Research Center for Advanced Science and Technology, The University of Tokyo and as a senior visiting scientist at the RIKEN Genomic Sciences Center. Since 2006, he has been managing a research team in RIKEN Institute. In 2007, he founded the venture company ‘TagCyx Biotechnologies’, to provide unnatural base pair technologies toward the expansion of the genetic alphabet of DNA.