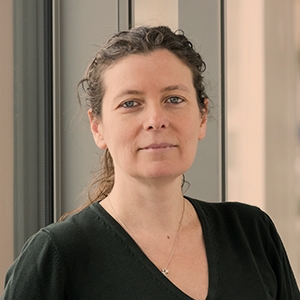 Ilaria Malanchi obtained her Master degree at the University of Siena after two years spent at the research centre of Chiron Vaccine, (later Novartis Vaccine and now GSK, Siena, Italy). She obtained her PhD from Heidelberg University (Germany) working in the laboratory of Dr Tommasino at the DKFZ. As Dr Tommasino moved his laboratory to France in 2003, she spent one year at the IARC (WHO, Lyon, France).

Her long-standing interest in the complex cancer cellular interaction in vivo began when she moved to the newly opened Joerg Huelsken lab at the ISREC, Lausanne, Switzerland, (now part of the Federal Swiss University (EPFL)), to start her postdoc in 2004. During these Postdoc years she began to investigate the importance of tumour microenvironment during metastatic progression.

Building on this expertise in mouse tumour models, Ilaria set up her laboratory at the Cancer Research UK London Research Institute in 2011 (now part of the Francis Crick Institute) and has since focused the scope of investigation on the interaction between cancer cells and the surrounding tissue during tumorigenesis and metastatic progression. Ilaria was awarded tenure and promoted to Senior Group Leader at the Francis Crick Institute in 2018.