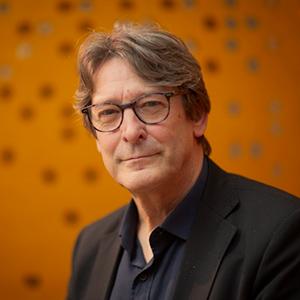 Jan Tavernier obtained his Ph.D. degree in 1984 on the cloning of interferon and interleukin genes. After an extended stay at Biogen and later at Roche, he returned in 1996 to academia at the VIB Department of Medical Protein Research (now Center for Medical Biotechnology), Ghent University, where he established the Cytokine Receptor Laboratory. His scientific research has led to pioneering discoveries in cytokine biology and translational applications. He has published more than 300 manuscripts, holds over 50 patent applications and is featured in Nature Biotechnology’s 2018 Top 20 list of translational researchers. He served as Department Chair of Biochemistry at the Faculty of Medicine and Health Sciences and as Co-Director of the VIB Center of Medical Biotechnology. He is also a member of the Royal Academies of Sciences and the Arts of Belgium. In 2015, he co-founded Orionis Biosciences and holds the position of CTO since then.