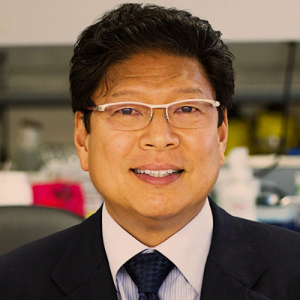 Jerold Chun, MD, PhD, is Professor and Senior Vice President Neuroscience Drug Discovery at Sanford Burnham Prebys Medical Discovery Institute (SBP). He received his MD and PhD (Neuroscience) degrees through the Medical Scientist Training Program at Stanford University School of Medicine, moving east as a Helen Hay Whitney Postdoctoral Fellow at the Whitehead Institute for Biomedical Research – MIT. He then joined the faculty at the UCSD School of Medicine, where he became Professor of Pharmacology and Neurosciences and directed the Neurosciences Graduate Program. He subsequently became Department Head of Molecular Neuroscience at Merck Research Laboratories, returning to academia as Professor at The Scripps Research Institute and adjunct Professor at UCSD, before his current position. He has made important contributions to our understanding of the brain and its diseases, including the discovery of genomic mosaicism in the brain, and its involvement in the most common forms of Alzheimer’s disease with relevance to other brain diseases. In separate work, he identified the first lysophospholipid receptor, which is part of a growing class of lipid receptors underlying new neuroscience medicines (e.g., fingolimod for Multiple Sclerosis) and an understanding of other diseases, including hydrocephalus, schizophrenia, neuropathic pain and fibrosis. Authoring more than 300 scientific publications, he has been recognized in Thomson Reuters’ World’s Most Influential Scientific Minds citation list and is a member of numerous advisory, review, and editorial boards in both academia and industry.