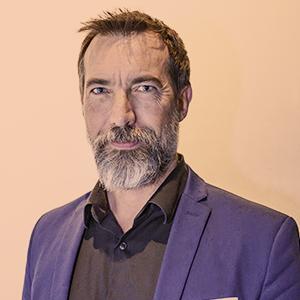 Dr. Jérôme Galon is Director of Research at INSERM (French NIH), and Head of the laboratory of Integrative Cancer Immunology, in Paris, France. Dr. Galon was trained as an immunologist at the Pasteur Institute and at the Curie Institute (Paris, France). He holds a Ph.D. degree in Immunology (Jussieu University, Paris, France, 1996). Between 1997 and 2001 he worked at the NIH (National Institute of Health, Bethesda, USA). Since his full-tenured position at INSERM in 2001, he directs interdisciplinary research programs on tumor-Immunology. He is associate Director and co-founder of European Academy of Tumor Immunology (EATI), board Director of the Society for Immunotherapy of Cancer (SITC). His work on the comprehensive analysis of the tumor-microenvironment and the role of T-cells in human cancer led to the demonstration of the importance of adaptive pre-existing immunity in human cancer, and the concept of cancer immune-contexture. He pioneered the Immunoscore. He is the co-founder of HalioDx company and the Chairman of its scientific council. His contributions have been recognized with numerous awards, including the William B. Coley Award, an international prize which honors the best scientists in the fundamental and cancer immunology, the Award from the National Academy of Science and from the National Academy of Medicine. In 2019, he was the winner of the prestigious European Inventor Award from the European Patent Office.