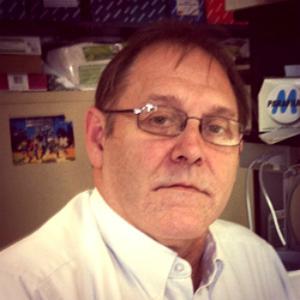 Dr. Eberwine is the Elmer Holmes Bobst Professor of Systems Pharmacology at the University of Pennsylvania where he also serves as Co-Director of the PENN Genome Frontiers Institute. Dr. Eberwine coined the phrase “expression profile” to describe the relative abundances of RNAs. Further he and his colleagues were the first to identify the large complexity of RNAs that are targeted to neuronal dendrites; directly demonstrate protein synthesis in dendrites; prove that membrane proteins could be synthesized in dendrites and inserted into the membrane to form functional receptors; identify the largest verified lists of in vivo RNA cargoes for specific RNA binding proteins; to demonstrate the capacity for and functional requirement for dendritic splicing of RNAs and to show that RNA expression profiles can be transferred between cells carrying their phenotypic memory with them. These research accomplishments were possible because of technology developed by Dr. Eberwine including: single cell PCR, the aRNA procedure, the phototransfection methodology, the PAIR, APRA and TIVA procedures and the functional genomics TIPeR methodology as well as other single cell analysis technologies. Dr. Eberwine is an inventor on over 160 issued and submitted patents and is a member of the National Academy of Inventors. Dr. Eberwine originated and directed the Cold Spring Harbor Summer Course formerly entitled “Cloning of Neural Genes” and now called “Advanced Techniques in Neuroscience”. Dr. Eberwine has directed or taught in this course 22 times over its’ 26 year history. In 2012, he developed and directed the first Cold Spring Harbor Course on “Single Cell Techniques”. Dr. Eberwine has given many named lectureships and received various awards for his scientific accomplishments including two NARSAD Distinguished Investigator Awards, a MERIT award from NIH, the NIH Director’s Pioneer Award, an Ellison Foundation Senior Scholar Award and the McKnight Technological Innovations in Neuroscience Award.