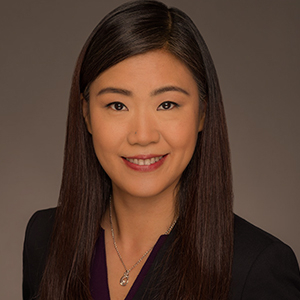 Jin Zhang attended Tsinghua University for her undergraduate studies, and pursued her graduate studies in Chemistry at the U. Chicago. After completing her postdoctoral work at the U. California, San Diego, she joined the faculty of Johns Hopkins University School of Medicine in 2003. She was promoted to Professor of Pharmacology, Neuroscience and Oncology in 2013. In 2015 she moved back to University of California, San Diego and is currently a Professor of Pharmacology, Director of the Bio-optical Probe Advancement Center (BioPAC), and member of the Moores Cancer Center at UCSD. Research in her lab focuses on developing enabling technologies to probe the active molecules in their native environment and characterizing how these active molecules change in diseases including cancer. Professor Zhang is a recipient of the American Heart Association National Scientist Development Award (2005), the Biophysical Society Margaret Oakley Dayhoff Award (2009), the National Institutes of Health (NIH) Director’s Pioneer Award (2009), the John J. Abel Award in Pharmacology from American Society for Pharmacology and Experimental Therapeutics (ASPET) (2012), the Pfizer Award in Enzyme Chemistry from American Chemical Society (2012), and National Institute of Cancer Outstanding Investigator Award (2015). She was elected as a Fellow of the American Association for the Advancement of Science (AAAS) in 2014. She serves on the editorial advisory board of Cell Chemical Biology and is the past-chair of Molecular Pharmacology Division of ASPET.