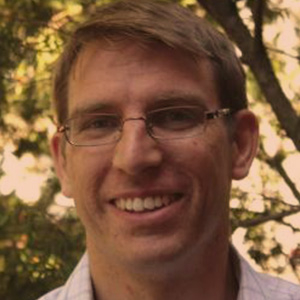 John Albeck, PhD, is an assistant professor of Molecular and Cellular Biology at the University of California, Davis. He received a B.A. in Biological Sciences from Cornell University in 2000, completed his doctoral work in Computational and Systems Biology under Peter Sorger at MIT in 2007, and was a postdoc and Instructor in Cell Biology from 2007 to 2013 with Joan Brugge at Harvard Medical School.

His work is focused on identifying systems-level regulatory properties that govern the behavior of cells in both normal tissue and in cancers. Since 2013, his research group at UC Davis has brought together biologists and engineers to study how multiple pathways are integrated to control cellular metabolism, proliferation, and death. Their approach is centered on time-lapse imaging and analysis of biochemical signaling activities in individual cells.