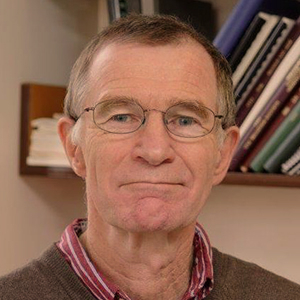 Highly unsaturated lipid molecules constitute approximately 50% of the hydrophobic membrane barriers, which delineate the compartments of plant cells, and they are major components of the light harvesting membranes of chloroplasts. Many lines of evidence indicate that these lipids are critically important for many membrane functions and, thus, for the proper growth and development of plants. In addition, lipid oils are a major form of carbon storage in seeds and these vegetable oils have many commercial applications.

The research program in my laboratory encompasses a diverse set of projects that have at their base our investigation of the biosynthesis and function of membrane and storage lipids in plants using Arabidopsis as a model. These projects include the isolation and characterization of genes that control the elongation, desaturation or other modifications of fatty acids. These genes have been used to produce transgenic plants with altered membrane compositions or improved vegetable oils. We have several research projects that focus on the roles of membrane lipids in the cell biology and physiology of plants using a large number of mutants with alterations in the lipid composition of their membranes. In addition, our isolation of jasmonate-deficient and jasmonate-responsive mutants of Arabidopsis has allowed us to make new discoveries about the involvement of jasmonate in pollen development, insect defense and non-host resistance against fungal pathogens. These discoveries have wide implications for plant biology in areas ranging from hybrid breeding to crop protection.