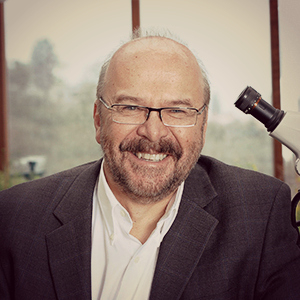 Joe Ecker earned his Ph.D. in Microbiology at the Pennsylvania State University College of Medicine and carried out postdoctoral studies with Ronald Davis at the Department of Biochemistry at Stanford University. He served on the Faculty at the University of Pennsylvania (1987-2000) before joining The Salk Institute for Biological Studies (2000) where he is a Professor in the Plant Biology Laboratory and Director of the Salk Institute Genomic Analysis Laboratory. His research on plant hormones has yielded basic insights into the mechanisms of plant growth control and its application has resulted in technologies that delay fruit ripening and disease processes. His laboratory participated in mapping and sequencing of genome of the first plant genome, Arabidopsis thaliana and more recently, co-led the 1001 Arabidopsis Genomes/Epigenomes projects. His group continues to explore the encyclopedia of DNA elements in the Arabidopsis genome through the development and application of technologies for genome-wide analysis of DNA methylation, transcription factor binding and large scale gene function analysis.

He has been the recipient of multiple honors, including: the Kumho Science International Award in Plant Molecular Biology and Biotechnology (2001), the International Plant Growth Substances Association Distinguished Research Award (2004), the American Society for Plant Molecular Biology Martin Gibbs Medal (2005), and was chosen as the Scientific American 50: Research Leader of the Year in Agriculture in 2004. He was elected to the US National Academy of Sciences in 2006. In 2007 he received the John J. Carty Award for the Advancement of Science from the US National Academy of Sciences. In 2009, research from his laboratory to determine the first human DNA methylomes using stem cells was ranked the #2 Scientific Discovery of the Year by Time Magazine. In 2011 he was selected as an Investigator of the Howard Hughes Medical Institute and named the Salk International Council Chair in Genetics. In 2012, he was elected a fellow of the American Association for the Advancement of Science. In 2015 he was elected as a fellow of the American Academy of Arts and Sciences.