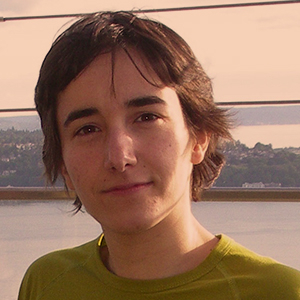 Judit Villen is an Associate Professor in the Department of Genome Sciences at the University of Washington. She earned her PhD in Chemistry from the University of Barcelona. During her postdoc at Harvard Medical School she was involved in several technology developments that enabled the robust characterization of thousands of phosphorylation sites and enabled mainstream applications in biomedical research. Research in her laboratory focuses on the investigation of signaling pathways. She aims to understand the wiring diagram of the cell, with the ultimate goal of predicting and controlling cellular function. She was a recipient of an NIH K99/R00 Pathway to Independence award and an Ellison Foundation New Scholar award. Her work in the field of proteomics has been recognized through the ASMS Research award in 2011 and the US HUPO Robert Cotter award in 2014. She was named a “Highly cited researcher” by Thomson Reuters in 2015 and 2016.