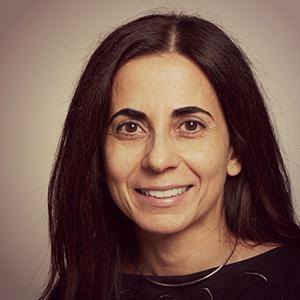 Julie Magarian Blander received her Ph.D. from the University of Pittsburgh, Pennsylvania, USA studying tumor immunology and immunotherapy under the mentorship of Olivera Finn. She conducted her postdoctoral training with Charles Janeway and Ruslan Medzhitov at Yale University, Connecticut, USA pioneering the study of the impact of Toll-like receptors on macrophage and dendritic cell function.

Dr. Blander first established her laboratory at the Icahn School of Medicine at Mount Sinai in New York, USA. Her laboratory has deciphered the molecular and cell biological basis for various phagocyte functions including the regulated presentation of microbial antigens, discrimination between microbial and apoptotic cell cargo, and live versus dead bacteria, as well as the consequences of phagocytosis of apoptotic cells during natural tissue turnover, infection or cancer.

Dr. Blander was named a 2014 Leukemia and Lymphoma Society Scholar, 2011 Burroughs Wellcome Fund Investigator in the Pathogenesis of Infectious Disease, and 2007 Searle scholar. She won the 2010 Golden Lamport Research award, 2009 G. Jeannette Thorbecke award, and 2008 American Cancer Society scholar award. Her research programs have continuously been funded by the U.S. National Institutes of Health. Dr. Blander has recently relocated her laboratory to the Weill Cornell Medical College of Cornell University where she will hold a Professor of Immunology position at the Jill Roberts Institute for Research in Inflammatory Bowel Disease, the Joan and Sanford Weill Department of Medicine, and the Department of Microbiology and Immunology.