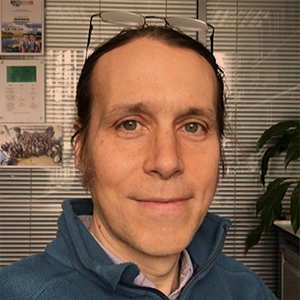 Kurt I. Anderson is a cell biologist who uses advanced imaging methods to study cell migration, primarily in the context of cancer. He completed his PhD in 1997 under the guidance of Vic Small at the University of Salzburg on the actin-based mechanism of fish keratocyte migration. He then spent 2 years as a post-doc at the Marie Curie Cancer Research Institute (UK) with Rob Cross imaging the dynamics of cell adhesion. In 2001 he moved to Dresden to set up the light microscopy facility at the new Max Planck Institute for Cell Biology and Genetics (MPI-CBG). In 2005 Kurt moved to the Beatson Institute for Cancer Research in Glasgow, where he set up the Beatson Advanced Imaging Resource (BAIR) and ran a research group investigating tumor cell migration. His group pioneered the use of imaging methods such as FRAP and FRET to study the molecular dynamics of cell adhesion and migration in vitro and in vivo. He became a Professor of Cell Migration at the University of Glasgow in 2011, and was awarded the first Royal Microscopical Society Medal for Life Sciences in 2012. In March 2016 he was appointed “CALM Head” (Head of the Crick Advanced Light Microscopy science and technology platform) at the Francis Crick Institute in London. Kurt is passionate about imaging and a sucker for a start-up.