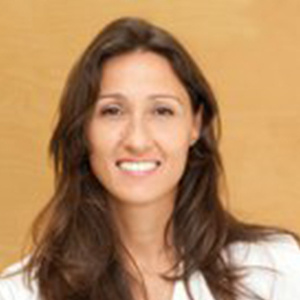 Laura Soucek graduated in 1996 in Biological Sciences at University La Sapienza in Rome, Italy. She obtained her PhD in Genetics and Molecular Biology at the National Research Center, in Rome. In 2001 she joined University of California San Francisco, initially as postdoctoral fellow and later, in 2006 as Assistant Researcher. There she published in some of the most prestigious international journals. Since early 2011, Dr. Soucek heads the Mouse Models of Cancer Therapies Group at the Vall d'Hebron Institute of Oncology (VHIO), in Barcelona. She received prestigious awards and grants from AACR, the Miguel Servet Program, the FERO Foundation, the Association for International Cancer Research, the European Research Council, FIS and BBVA. In October 2014 she was appointed ICREA Research Professor. In December 2014 she founded a spin-off company, Peptomyc S.L.. In April 2015, she became Associate Professor at the Universitad Autonoma de Barcelona.