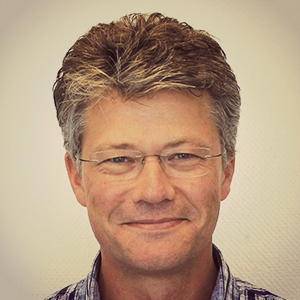 Lodewyk Wessels is the head of the Computational Cancer Biology group at the Netherlands Cancer Institute in Amsterdam, The Netherlands. His group focuses on developing novel computational approaches to exploit a wide variety of data sources to map out the cancer landscape, unravel its regulation and employ this knowledge the develop strategies for personalized treatment. Dr Wessels received his M.Sc. and Ph.D. both from the Department of Electronic and Computer Engineering, University of Pretoria, South Africa. From 1993 to 1997 he was a member of the Center for Spoken Language Understanding at the Oregon Graduate School of Science and Technology, initially as graduate student and later as post-doctoral fellow. In 1997 he joined the Faculty of Electrical Engineering, Mathematics and Computer Science at the Delft University of Technology and was appointed assistant professor in 2002. In 2006 he became a faculty member at the Netherlands Cancer Institute in Amsterdam, The Netherlands. He was appointed chair of Computational Cancer Biology at the Technical University in Delft in April 2012 and heads the Cancer Systems Biology Center at the Netherlands Cancer Institute.