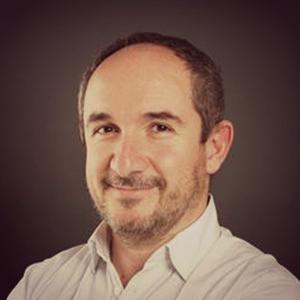 Luc Talini, Engineer with a PhD in Physics. After his thesis, he created his own company dedicated to scientific expertise and consulting for small businesses. He then joined the ESPCI neurobiology laboratory to commercialize the DNA chip project. He founded and directed GeneScore, a biotech company specialized in DNA chip manufacturing, which he directed until 2005.

In 2005, he became project leader of the CEDIB, a project to create a bioengineering innovation center in Paris. He was then project manager of technological transfer office at Paris Diderot University and joined Echosens, a medical device company in 2006 as technological development manager. He has been the CEO of Alvéole, a french biotech company specialized in the development and commercialization of innovative tools for cell biology since 2010.