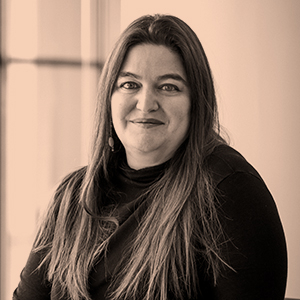 Maria Teresa Teixeira is Director of Research at the French National Centre for Scientific Research (CNRS), group leader and head of the Laboratory of Molecular and Cellular Biology of Eukaryotes at the Institute of Physical and Chemical Biology in Paris. Maria Teresa Teixeira obtained her PhD at the University of Paris-Saclay in 2000 for her work at Pasteur Institute under the supervision of Bernard Dujon. She then moved to ISREC in Lausanne to join Joachim Lingner’s lab and obtained a permanent position in CNRS in 2005. First appointed in Lyon, she established her group in Paris in 2010. Maria Teresa Teixeira’s current main focus is the study of telomere shortening mechanisms and their consequences for cell proliferation ability, namely, the control of replicative senescence, using Saccharomyces cerevisiae as model organism. She has provided evidence for the first telomere reaching a critical short length being the major determinant of the onset of senescence in budding yeast. Her team also focused on the mechanism of telomere shortening in the absence of telomerase and contributed to the elucidation of the DNA-end replication problem. More recently, she developed microfluidics devices to assess replicative senescence in single-cell lineages from telomerase inactivation to cell death. This approach revealed a cryptic route to senescence prone to genomic instability. Mathematical modelling of senescence revealed components of cell-to-cell variability in senescence and showed how intrinsic properties of telomere replication contribute to generate phenotypic variants. Maria Teresa Teixeira received an ERC starting Grant and a EMBO Young Investigator award.