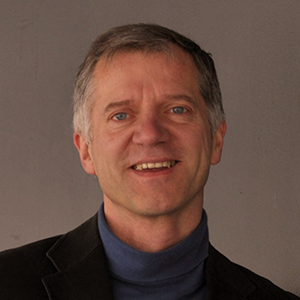 Matthias Mann studied physics and mathematics at Göttingen University in Germany and obtained his Ph.D. in chemical engineering at Yale University. Here he was decisively involved in the development of electrospray ionization, which has become a key technology of the life sciences. As a post-doctoral fellow and later as a professor for bioinformatics at the University of Southern Denmark in Odense, he developed, amongst others techniques, the first bioinformatic search algorithms for peptide fragmentation data and SILAC, a new method of quantitative proteomics and a breakthrough in the mapping of protein interactions.

In 2005, Matthias Mann took up a director position at the Max-Planck Institute of Biochemistry in Munich. Here his group continues to address a wide range of biological questions using proteomic technology, as well as to develop this technology. The group is also heavily involved in providing proteomic methods and tools to the community. Most importantly in this regard, they have provided the MaxQuant suite of computational proteomics algorithms; this software promises to significantly advance the state of the field. More recently his group used the SILAC technology in conjunction with MaxQuant to described the first comprehensive identification and quantification of a proteome. More info.

In 2009 Dr. Mann was additionally appointed director of the proteomics department of the Novo Nordisk Foundation Center for Protein Research in Copenhagen. More info.

Matthias Mann has authored and co-authored more than 580 publications with a total citation count of more than 100,000, making him one of the most highly cited researchers worldwide, has been elected to membership of the European Molecular Biology Organization, Royal Danish Academy of Arts and Sciences and the Leopoldina German National Academy of Sciences as well as to a visiting professorship at Harvard Medical School. He has received two honorary degrees from Utrecht University and the University of Dundee, respectively.

In 2012 he was awarded the Leibniz Prize from the German Research Foundation, the Ernst Schering Prize, the Louis-Jeantet Foundation Prize for Medicine and the Körber European Science Prize. In 2015 he has been awarded the Barry L. Karger Medal in Bioanalytical Chemistry and the Theodor Bücher Lecture and Medal