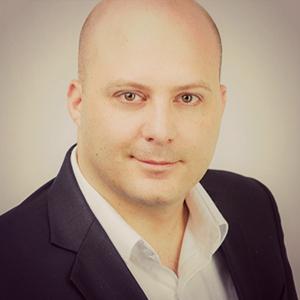 Dr. Michael Gabi incorporates several key positions at Cytosurge. Not only is he co-inventor of the FluidFM® technology, but also co-founder of Cytosurge and Chief of Technology. As such his research and developments are currently focused on force controlled liquid injection systems for biomedical applications, pick & place of individual cells, and new 3D printing techniques.

Starting out as a Medical Laboratory Assistant his ambitions brought him to the ETH Zurich where he received his master degree in Material Science 2005. The progress he made during his PhD together with Dr. Tomaso Zambelli and Dr. Pascal Behr (all from Prof. J. Vörös Group, LBB; ETH) lead to the new technology and the foundation of Cytosurge 2009.

He was granted several FluidFM related patents and as part of the Cytosurge Company he won the “Pionierpreis Technopark Zürich, Zürcher Kantonalbank valued 100`000 Swiss Franc). His accomplishments also earn him public acknowledgement. Together with the company Cytosurge he has been featured in numerous articles in many papers and magazines.