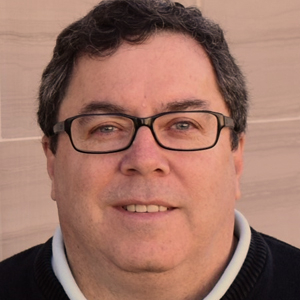 Michael P. Weiner, Ph.D. (V.P., Molecular Sciences at AxioMx, an Abcam company.) obtained his undergraduate and graduate training at Penn State Univ. (Microbiology) and Cornell Univ. (Genetics, with minors in both Biochemistry and Microbiology), respectively. His graduate research involved cloning DNA methylation enzymes from various Bacillus species. He was the first to clone and sequence M.BamHI. He did post-doc training in the Dept of Phys Chem at Cornell Univ., where he synthesized the genes for RNaseA and thrombin, and investigated the in vitro folding behavior of both of these proteins. A few of his major scientific accomplishments include inventing and commercializing; (i) Quikchange site-directed mutagenesis, (ii) 454 Next generation DNA sequencing and emulsion PCR, and (iii) bead-based genotyping. His additional inventions include: (i) digital PCR, (ii) biopanning using emulsions, (iii) emulsion-based DNA sequencing, and (iv) FAC sorting virus particles. He spent 6 years at GlaxoSmithKline as Head of the Dept of Genomic Sciences, where he invented the use of barcoding Luminex beads for HT-genotyping, and methods for an automated HT-yeast two-hybrid screening assay. He has co-authored over 50 peer-reviewed articles, over 50 U.S. patent and patent applications, and has edited 3 books in his areas of expertise: (1) Cloning and expression vectors for gene function analysis (Eaton Publishing), (2) Gene cloning and expression technologies (BioTechniques Press), and (3) Genetic Variation: a lab manual (Cold Spring Harbor Lab Press). Dr Weiner is a serial scientific entrepreneur, having either founded or been one of the first scientists at several biotechnology companies, including: RainDance Technologies, 454 Life Sciences, Affomix, AxioMx, GnuBio and Encodia. He has received the Connecticut Entrepreneur of the year (2016) and the Citetab Lifetime Achievement (2019) awards. At Abcam, he is responsible for developing next generation affinity tools for the Life Sciences market.