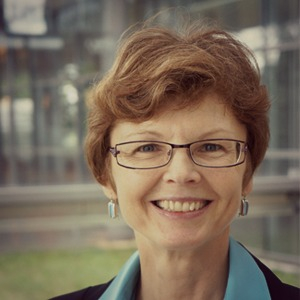 Dr. Olga Ornatsky graduated from the Moscow State University, Department of Biology. In 1989, she completed her Ph.D. in Cell & Molecular Biology, and worked as a Research Scientist at the Cardiology Centre studying vascular smooth muscle involvement in atherosclerosis. In 1993, she immigrated to Canada, and became a Postdoctoral Research Fellow at York University. She quickly progressed to become Senior Research Associate in the Laboratory of Vascular Biology and Cardiac Surgery at St. Michael's Hospital, Toronto. Her achievements brought her to MDS Proteomics, Inc., where she led her research group as a Senior Scientist for four years.

In 2005, she left MDS to pursue a different direction. Together with the co-founders of DVS Sciences Inc. Scott Tanner, Vladimir Baranov and Dmitry Bandura, she helped develop the CyTOF™ Mass Cytometer, for highly multi-parametric single cell analysis at the Department of Chemistry, University of Toronto. Olga held the position of Director of Bioassay Development at DVS Sciences, Inc. After the merger with Fluidigm Inc in 2014, she transitioned to Principal Scientist, Proteomics division, and leads a group of biology and chemistry researchers involved in developing new metal-tagged affinity reagents, as well as methods and applications for Mass Cytometry.