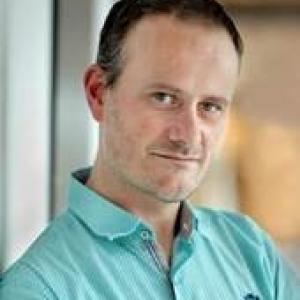 Patrik Verstreken obtained his degree in bio-engineering from the university of Brussels in 1998. He joined the Graduate school of Biomedical sciences at Baylor College of Medicine and under the mentorship of Hugo Bellen he obtained a PhD in Developmental Biology in 2003. After post doctoral training and with support of a Marie Curie Excellence grant he became a group leader at VIB and joined the faculty of the university of Leuven (KU Leuven) in 2007. Patrik obtained an ERC starting grant in 2011 and an ERC consolidator grant in 2015.

Patrik Verstreken has made important contributions to our understanding of synaptic function in health and neurodegenerative disease. Using fruit flies and more recently also human neurons derived from embryonic stem cells, Patrik’s work has focussed on key proteins, lipids and mitochondria that regulate synaptic activity and how these molecules and organelles are misregulated in Parkinson’s disease. Patrik’s work has led to the discovery of specific presynaptic and organellar defects in Parkinson’s disease and in strategies as to how these defects can be suppressed.