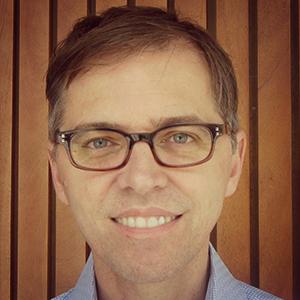 Paul Frenette is the founding Director and Chair of the Ruth L. and David S. Gottesman Institute for Stem Cell and Regenerative Medicine at Albert Einstein College of Medicine. His research interests have focused on the stem cell microenvironments in health and cancer, and the vascular biology in sickle cell disease. His laboratory has uncovered the critical role of the sympathetic nervous system in the regulation of hematopoietic stem cell (HSC) egress from their niches, in the pathogenesis of acute myeloid leukemia, and in the invasion and metastatic spread of prostate cancer. He also elucidated circadian rhythmicity in stem cell release from the bone marrow, and identified cellular constituents forming niches in the bone marrow, which may impact stem cell therapy. Studies from his laboratory have also shown that neutrophils were key participants in the vaso-occlusive episodes that characterize sickle cell disease and defined the molecular mechanisms. Dr. Frenette was elected member of the American Society for Clinical Investigation (2004) and of the Association of American Physicians (2010). He has served on the editorial boards of Blood, the JCI, Stem Cell Report, Oncogene, the Medical Advisory Board of the New York Stem Cell Foundation, as chair of a scientific committee of the American Society of Hematology, and on the Sickle Cell Advisory Council of National Heart, Lung, and Blood Institute and multiple other panels at the NIH. He served as President of the International Society of Experimental Hematology (ISEH) in 2015.